My TV panel is beginning to get political leaders etched into the pixels (or whatever they are called). David Cameron trying not to be too posh. Nick Clegg pretending he's a peasant and Gordon Brown . . . . . going for the sympathy vote?
Getting visually bored, suddenly remembered I had a birthday present of Michael Jackson's THIS IS IT. Played it all through - mesmerised. What a talent he was. The dvd is brilliant linkling previous concerts with rehearsals for O2 and by using the same backing tracks the edits were seamless and the result captivating.

Voting-wise, MJ wins, hands down.
Posted by Ted Scott at 8:05 PM No comments:

Is it Ash Wednesday tomorrow? Why not, it's been that all week according to 'official' reports . . . . I've been looking up to see airplane trails and any signs of ashy type clouds - zilch. Being within the Heathrow, Luton and Stanstead corridor also been listening for jet engines . . . . zilch, just lotsa birds we don't normally hear.   Has all this been a health and safety edict? Makes you wonder?  Er, hang about - went out to the car this morning, a thin layer of gray ash all over it . . . . . gulp!
Posted by Ted Scott at 1:44 PM No comments:

Lookin' and Listenin' - Searching for Dorothy?

Enjoying the search for Dorothy on BBC with Lord Webber et al? Good. It's the nearest thing you'll get to light entertainment these days. Ten hopefuls left, all looking lovely, although a couple would do better auditioning for CHICAGO. Surely Dorothy searching Over The Rainbow should be almost waif-like?
Lovely lighting and choreography but when I close my eyes are all the solo performing young ladies singing in their bathrooms? Last week's closing number featuring all the cast is excellent live sound. The whole show is expertly directed. 10 out of 10 for production values.
Posted by Ted Scott at 5:48 PM No comments:

Never really cared much for the music of Bob Dylan - too engrossed in jazz, I suppose? But got talking to this teenager (I'll call him Vincent), he looked a typical loser, hooded, pallid and badly presented. Although fighting a drug problem, chain smoking and appearing outwardly sad, in a ten minute flurry of articulate wordage he explained to me that even though the lyrics of Dylan songs read brilliantly on paper, when sung by the master himself they convey hidden depths of understanding and truth. Every word, every nuance, Vincent explained, should be savoured and mulled. The problems of the world were all contained therein, just listen, learn and understand.

Vincent had every Dylan ever released and a few acetates that weren't. This pallid boy could write a million words on Dylan despite resembling a typical inner city drop-out. Never judge a book, etc.. . . . I'm going to catch up on some Dylan, you convinced me Vince, never too late to teach an old dog.
Posted by Ted Scott at 5:36 PM No comments:

Been having a trawl around the music channels - pleasantly surprised. used to be sixty video cuts per minute and little else. now, some good stuff, very inventive directing and; is it my imagination but are the artistes getting better, more polished?   The rap stuff leaves me cold - should be on radio. Watching a bloke mime at three words a second is . . . yawn city. Thing that sticks out . . . digital pictures and sound - wow! we take it all for granted but the quality is remarkable. Mind you, everything seems to heavily feature lots of lovely young ladies . . . . comment not complaint!  They still photograph a singer from ten different angles via fast cutting, no time to suss emotion in the performance. Check out Petula Clark singing everytime we say goodbye on the following clip. http://www.youtube.com/watch?v=n2EAHN3YTlk   The whole song in one shot, see her expressions - you can tell that what she's singing, she means it. It's my fav version of that song. 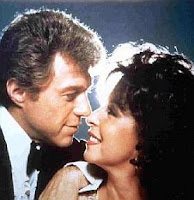 Saw the delightful Pixie Lott on telly - least I think she's delightful? Couldn't see her face 'cos it was hidden by a huge microphone, the type you see at rock concerts - big enough to have a bit of advertising on - like 'beer is best' or some other slogan. Why do it Pixie dear? There's a way to be seen and heard at your best - it's called microphone technique. Watch the Steve Lawrence and Eydie Gorme clip on YouTube.
http://youtube.com/watch?v=7SpCHziEZs
Posted by Ted Scott at 6:41 PM No comments:

Ted Scott
Hertfordshire, United Kingdom
I grew up in pre- and post-WW2 London and became an audio engineer against all the odds, the industry at that time being monopolized by the BBC and the posh accents. I started cutting discs in my parents' back room in East Ham (boot-legging modern jazz classics sent to me from the United States by my friend, drummer Kenny Clare!) and eventually was lucky enough to be employed as an engineer at Radio Luxembourg, and then by ATV televsion. My start in the sound business, along with lots of anecdotes, name-dropping and some interesting stories about the artistes I recorded, is chronicled on my website. http://www.tedscott.co.uk/. There's also a complete list of my work at ATV on IMDB - http://www.imdb.com/find?s=all&q=ted+scott